Is it worth the entry fee?

Rainbow 6 | Siege is incredibly good and we rate it as one of the best tactical co-op games of all time. That’s not bad for a game that’s only been in our consoles for just on 2 weeks. Now that we’ve settled into our roles as sharpened terrorist hunters, we’ve asked ourselves, “What’s in the upcoming DLC and is the Season Pass worth the hefty $45 asking price?”

Right off the bat, Ubisoft have said that there will be free DLC for all in year 1. Nice work! But what will we be getting? 8 new Operators and 4 new maps, dealt out over 4 separate releases. The kicker is that each new Operator will cost 25,000 Renown (worst currency name EVER!) each to unlock. That equates to roughly 5 hours gameplay for each new Operator to be unlocked, which isn’t bad but still a bit of a grind. If you don’t like to grind and prefer cheating (there, I said it) you will also be able to purchase the new Operators via micro-transactions. We’ve made it pretty clear what we think about micro-transactions for the gain of advantage in game, but that debate is for another time.

“So if we get all that stuff for free in the first year, what’s in the Season Pass and why would I shell out a whopping $45 extra on the game?” Firstly, the new Operators will be made available to Season Pass holders 1 week earlier than everybody else, with the added bonus that you won’t have to unlock them with any kind of currency. Bam! 2 new Operators ready to go on every new release. Season Pass holders will also receive a permanent 5% boost to Renown rewards for the whole year, which doesn’t seem like much, but it all adds up I guess. Also included will be access to new daily challenges where you can earn more Renown, 6 weapon skins and a one off payment of R6 600 (micro-transaction currency) for you to do whatever you want with.

All up, the Season Pass offering is pretty thin for the cost and the problem here is that you could also look at the Season Pass as just one big micro-transaction. It’s cool that the new maps and operators are free so that there won’t be a divide between the haves and have nots, but are a few skins and a 5% boost really worth the price tag? I don’t know, I’m too busy murdering smelly terrorists in their tiny inbred faces… 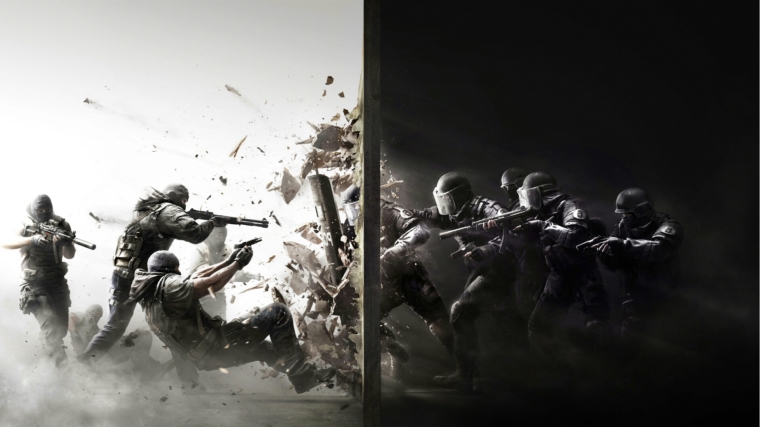