Gaming and music have always gone hand in hand

The tension is thick and as the dust cloud clears, you and a few buddies slowly round a blind corner in formation, ankles deep in the enemies you’d all just laid to waste in order to get to that position. To locate the next threat, your ears are finely tuned to the sounds around you; as focused as a Fox listening for the slightest movement of a Mouse buried under the snow. It’s at this moment, literally out of nowhere, that a 90-piece Orchestra blares out an enormous flourish! It’s so distracting that it ends up muffling any chance of hearing the direction of the running footsteps and battle cries of your digital foes. Thanks game.

Do you turn the music off in games? It seems that like most things, this is one area that divides opinion. On one end you have those that like to play the game as intended by the developer with the musical score front and centre in all its glory, while at the other end there are those that like to turn the music off completely and immerse themselves in just the ambient sounds and effects. Somewhere in the middle however are the gamers who like to listen to their own music instead of the game’s soundtrack, forming a more personalised experience.

No matter where you lie on this scale, we thought it would be awesome to take a quick look at why, where and how music in games has become – in most cases – just as important as the rest of the game itself. With fairly decent chunks of the budgets of modern AAA games being spent on the Composition and Orchestration of the musical score that go with them, we should at least appreciate the artistry that’s behind making a soundtrack fit perfectly with a game.

Like in film making, the soundtrack that accompanies a video game can be a character in itself, helping to set the mood and emotion of a certain scene or location. Whether tugging at your heart strings or terrorising your soul, the music that is piped into a game is meant to bridge the emotional gap between the action on screen and what you are perceiving in your Brain. With this connection comes a closeness to the characters and a deeper immersion in the experience. But it wasn’t always like this…

Now let’s go back. Waaaaay back. Back to the very first commercially successful video game ever – PONG. Pong was developed by the now infamous video game making pioneers, ATARI, in 1972. The engineers had finished the final product and had it working perfectly, ready for the final nod from the boss to go into full production. The boss played it, said it was amazing but added, “It needs sound though. Maybe a cheering crowd or something?”. This threw the engineers for a spin as they had already gone way over budget and they couldn’t squeeze any more parts into the setup without increasing manufacturing costs.

Well, necessity be the Mother of invention! One clever engineer took a wire and started poking around the existing circuits of the Pong setup to see if he could find some kind of inherent feedback loop to maybe create a sound out of for free. He discovered that if he ran a frequency across the video generator, he could convert it onto a range of primitive synthesized sounds that could be played out of a speaker. Brilliant! One sound for hitting the ball, another for the ball hitting the wall and a third tone for when the ball went out – all tuned with the use of electronic frequency on the existing circuitry. It was crude and it was cheap but from this most humble beginning, melodic sound in video games was born. 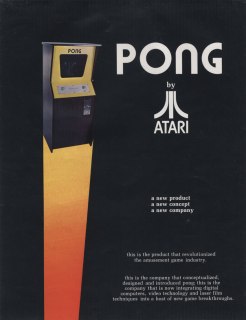 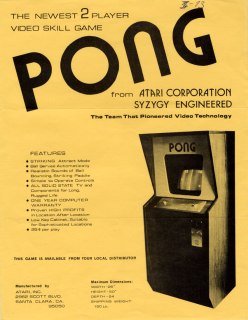 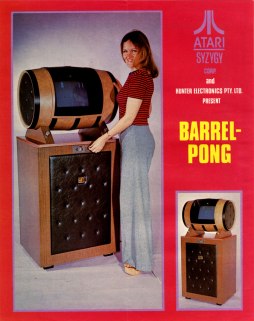 The development and complexity of music in video games from that point on was in parallel to and dependent on the advancement in video gaming technology itself. As technology advanced, so did the ability to store more content, and with more storage naturally came more music. For the first time ever, dedicated sound chips were developed as tiny on-board synthesizers, utilising midi files stored within a game to fire off generated sounds in real time as you were playing. Shots, movement and effects – these micro-synths were responsible for all the bleeps, bloops and buzzes that created the soundscape of these early games.

The first video game to feature a synthesized melody that played the entire time you were playing was the seminal top-down driver, RALLY-X, in 1980. The video below is a screen capture of the RALLY-X gameplay where you can hear the melody constantly beating at your eardrums during the game, driving you ever madder as the levels rolled by. (If you can survive the entire 3.5 minute vid without losing your shit, it might be time for a hearing check up, just sayin.)

Home consoles upped the ante as the years rolled by. The Atari 2600. The Nintendo NES. The Super Nintendo. The Sega Megadrive. All developed superseding sound chips along the way with more and more synths and voices available for richer, deeper music composition. Click the link below and take a listen to a clip from the 1978 First Philadelphia Computer Music Festival. Sure, it’s not specifically a game generated tune, but the technology used here is very much the same as what was used in early generation home consoles. Anybody that has played any of the Nintendo systems of old will recognise the sound immediately.

IT SOUNDS SO OLD

But the age of the internal synth naturally came to an obsolete end, and like all technology before them, synths just faded into the background. When SEGA released the MegaCD add-on for their Megadrive system in 1992, it would change the game forever. This represented a huge leap in storage capabilities and in another first, instead of cartridge stored midi files, developers could now save whole chunks of pre-recorded canned audio on a disk that could be piped into the game at will for very little overhead to the game’s processing power. This was massive! To this day the idea of files being used instead of generated sounds has remained the standard for sound delivery in game either by optical disk (cd or bluray) or by hard drive stored files, and it doesn’t look like it’s going anywhere soon.

So with all this extra storage and all this extra investment came the modern day, blockbuster soundtrack that around half of us will only turn down anyway and not even get a chance to listen to properly. There have been advances in delivery as far as dynamic soundscapes where the music or sound effects will change in direct relation to where you are or what you’re doing, and they have done a lot to remove the boredom of hearing the same tunes over and over and over again while roaming your favourite pixelized playground.

Personally, I think some games are a must to have with the full soundstage present. Uncharted. The Last Of Us. Mass Effect. All of these games have sound and music that isn’t distracting to the gameplay, rather enhancing it in all the right ways. But then there are other games like Rainbow Six: Siege where I really need to concentrate on hearing the movements of enemies to know what move to make next, and I really don’t need the foggy tone of a Bassoon putting me off my ability to pinpoint a target across the map.

From Space Invaders to Skyrim, we’ve come an awful long way with music in video games. Not only technologically but also in the way that music can enhance the story you become a part of along the way. From crude pre-historic synthesizers bleeping out glitchy robotic sounds, all the way through to fully scored Orchestral pieces rivaling any big budget cinema experience – it’s clear that music has and always will be an integral part of video gaming. Even if it’s a little annoying sometimes… 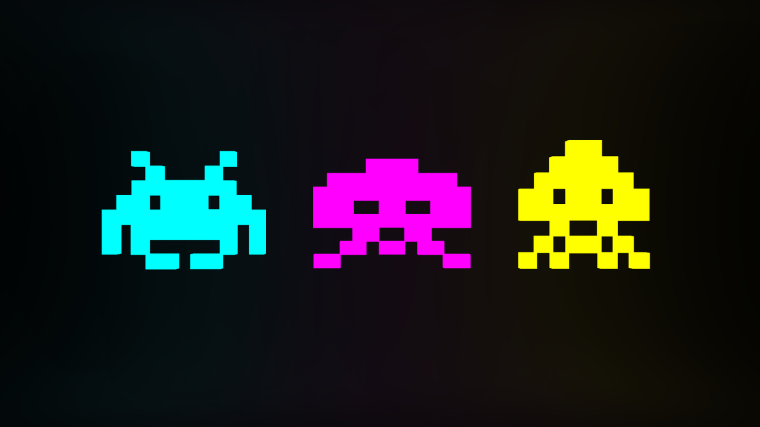