Skip to content
So What Exactly Happened to Battleborn?
Editorial

So What Exactly Happened to Battleborn?

How is it that a Triple A game, built by the beloved and respected developer publisher duo of Gearbox Studios and 2K Games, can fail so miserably?

Battleborn by all accounts is a very decent game. You’d be hard pressed to find a review which says that Battleborn deserves to fail by its merits. But instead you see screen caps like this –

It’s hard to not draw comparisons between Battleborn and Blizzard’s Overwatch (no matter how many people cry out ‘You can’t compare them, they’re different games!’) But despite the intricacies of their gameplay being quite far apart, it’s understandable that the average consumer would draw such a reaction. They’re both online, colourful, MOBA-influenced, hero based shooters, after all.

And unfortunately I think the road to Battleborn’s demise is inextricably linked to Overwatch’s overwhelming success.

Battleborn’s release date was set for February 9 2016. However, in November, was pushed back to May 3. Overwatch meanwhile had been conducting its closed beta from October 2015. I don’t think it’s any accident that Blizzard opened up their beta to the public the week that Battleborn went live. Battleborn in it’s opening week housed around 12,000 players on Steam. Meanwhile Overwatch’s beta completely overshadowed it with 9.7 million players. The incredible hype behind the game, combined with a free to play beta, meant everyone forgot about Battleborn, killing the game before it even launched.

Last week Battleborn even tried lowering it’s $60USD price tag to $40USD, and offering a brand new hero for free as DLC. It seems to be a case of too little, too late.

I can’t help but feel for those behind Battleborn’s development. They created a well-balanced game that included multiple game modes including campaign story content. (This is something Overwatch seems to get a pass on. Games such as Destiny and Star Wars Battlefront were shredded by critics upon release for having a poor or non-existent single-player component).

Battleborn even put a huge marketing campaign in place as well to try and combat the growing storm that was Overwatch. Every time I walked past an EB Games I was assaulted by ridiculous amounts of Battleborn posters, and my Facebook feed was flooded with ads for the game. 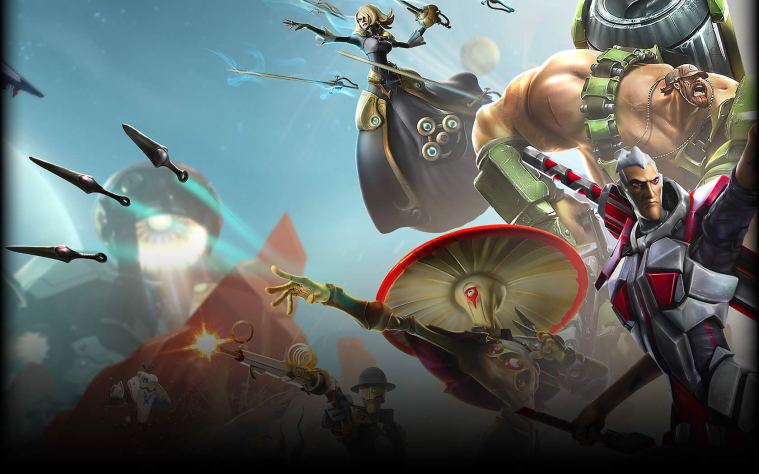 Ultimately, I think the coinciding of the two game’s releases was what killed Battleborn. I think Gearbox’s game was rushed out to try and beat Overwatch to market. Perhaps if Battleborn had been released 6 months before or after Overwatch it may have succeeded in either being first to market, or picking up bored Overwatch players. Instead it tried taking on one of the biggest giants in the industry, with one of the most hyped games in recent memory and ended up being squashed.

It’s a concerning tale of how badly a Triple A game can fail in 2016. Gamers have more choices at their disposal than ever, which is a blessing and a curse. Player bases are now so fragmented; it’s literally impossible for every game to have 7 million players at launch.

Battleborn is shaping up to be 2016’s Evolve. And what a shame that is.