When mobile gaming stepped it up

In my early teens, I thought it made perfect sense to ride a motorbike around my friends paddock. I did not really give any consideration to not wearing a helmet (too cool and tough), or the more concerning fact that the motorbike had no brakes. What would Jack Burton do from Big Trouble in Little China?

On what was supposed to be my final lap, I did not slow down enough to hand the bike over to my friend, “sorry mate no brakes ha ha”. Instead I decided to complete one more lap, only this time I went faster than I had before. Around the tractor, a quick weave through the gum trees and then descend into the creek for the final stretch. We were in the middle of a 5 year drought at the time, and the creek was bone dry, which allowed us to cut straight across it with the exit being at an acute angle. On this occasion, seeing it was my last lap, I pulled back on the throttle and exited air born.

“its on in the reflexes”.

Pretty cool, if I knew what I was doing. I had no idea how to land, and found myself landing heavily, which caused me to bounce awkwardly on the seat as the bike twisted on its axis. I went one way, and the bike went the other. When I finally recovered, I found myself lying face first on the ground. I could see my friend in the distance, staring at me trying to gauge my reaction. It didn’t take long for him to realise my well being, because after that brief moment of shock, I became dramatically aware that my calf muscle was hanging off the back of my leg! During my acrobatic attempt to become Jack Burton’sright hand man.

“this is going to take cracker jack timing”

The motorbikes foot peg had somehow decided that I was not ready to ride on the Pork Chop Express and had attacked my leg. Fantastic.That experience was not all bad. During my recovery in hospital, my parents arrived one day with a gift, the very first NintendoGame Boy. What! A Nintendo Game Boy! Lets just say, I was very excited.

The Game Boy was the new and improved hand held gaming device, and I had one. Previous to the Game Boy, the Game and Watch series had been the standard, with games such as Donkey Kong. Those games were great in their own right, but the Game Boy was next gen. It was the first to be considered a mobile 8-bit game console. Just like the Nintendo Entertainment Console (NES), the Game Boys games were on interchangeable cartridges, allowing for numerous game titles to be played. The Game Boy was a critical advancement when considering the Game and Watch series were limited to the one game per device. It also had the directional pad, and “A”and “B”buttons to mash. In many respects it was a hybrid NES, that took gaming on the road.

This changed my outlook on my stay in the hospital. Now the thought was of how could I stay longer! The games I had were Tetris (included as standard), and Tennis. Trust me, these were more than enough to keep me occupied during my recovery. Testris is of course an iconic Game Boy game, and has taken up millions of people’s hours across the world, as we all attempted to sort those blocks.

The screen provided me with four shades of colour, going from grey, to the all to familiar olive green. Colour was a luxury that would have to wait until the Game Boy Colour (funny that) in 1998. Unfortunately, the original Game Boy also lacked a back light, which limited my game play up to when the nurse turned the lights out. Once out of the hospital, the first accessory that I acquired was an attachable light. How else was I to play in my room at night?

By having the Game Boy, I quickly noticed that my room seemed to become smaller. Every time I looked up from a rally on Tennis, there would be someone standing next to my bed, with a pleading look on their face “any chance I could have a go?” This was good and bad, as I met so many people, but lost important gaming time. One guy in particular was a lot older than me, and traded dirty magazines to pry the Game Boy from my hands. That was fine, I thought great, except I had not really seen any of these type of magazines before, and found myself too embarrassed to really look. Noob on boob ha ha.

Over the years, I continued to contribute a considerable amount of my time to the Game Boy, and I amassed a reasonable number of games. I ordered the majority of games and accessories via postal orders from a gaming magazine that I had subscribed too. For those not sure what I mean by post, it was the archaic practice of placing your order on a bit of paper, and then sending it to the gaming retail store inside an envelope, with a stamp on the outside. In other words no website or email or smart phone.

The Game Boy also had a link cable to play against friends. This was a cool feature that had me battling it out on Tetris with other people during school bus trips. The concept of mobile competitive gaming was not really a thing, until the introduction of this feature on the Game Boy. The choice of opponents was also unfortunately limited, because you had to have a Game Boy to play, and not every had attempted motocross theatrics to obtain one.

World wide, the Game Boy series has lived on. Nintendo hand held gaming has evolved over the years with the 3DS now having images appear in 3D to the naked eye. Where will it end? No idea, mobile smart phones make sense to encompass the next gen of mobile gaming for the masses . Pokemon Go, has everyone battling it out from train stations to class rooms.

My original Game Boy, and all the games still work fine to this day. My leg has healed, and my inability to look at dirty magazines is now behind me. Overall, it is a happy ending (wait, no, yeah OK) and gaming of the past, has prolonged into gaming of the future. My attraction to motorbikes is not really as keen anymore, but that just means more time to to do other dumb stuff, and hopefully save the day in my own little universe of awesome. 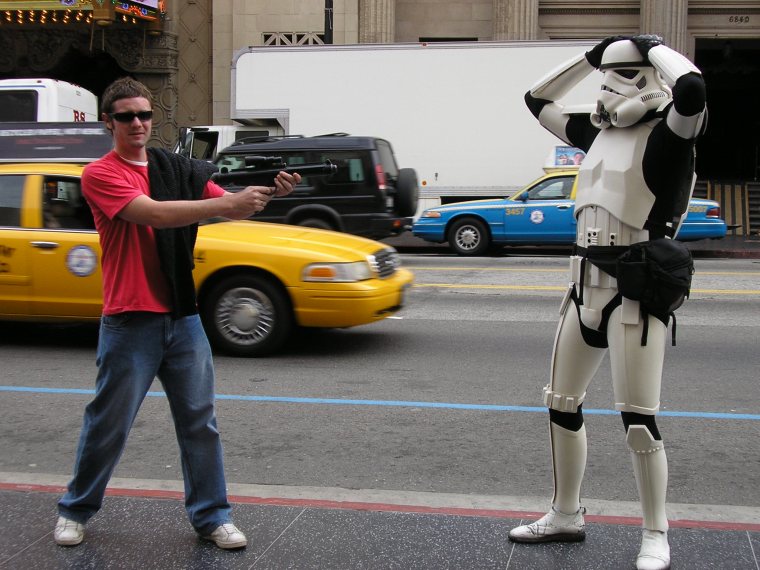 “Just remember what ol’ Jack Burton does when the earth quakes, and the poison arrows fall from the sky, and the pillars of Heaven shake. Yeah, Jack Burton just looks at that big ol’ storm right square in the eye and he says, Give me your best shot, pal. I can take it.”